This year during Lent we will have a number of services looking at Stewardship questions.

This being the first Sunday of the month we will celebrate the sacrament of Communion.  We will also make our monthly Second Offering to support our Local Outreach Fund.

The Scripture reading this week is Matthew 28:16-20.  We will also read together our congregational vision and mission statements.

The Sermon title is Called To Be Church

Early Thoughts: In the Faith Statement we call the New Creed (other denominations have included it in their worship materials, often calling it United Church Creed) we proclaim that:

We are called to be the Church:
to celebrate God’s presence,
to live with respect in Creation,
to love and serve others,
to seek justice and resist evil,
to proclaim Jesus, crucified and risen,
our judge and our hope.

Great. Now what exactly does that mean? How do we live that out?

On this Annual Meeting Sunday I ask that we give careful consideration to that quest. Both to look back at how we did it over the last year and as we look forward to how we will do it in the year to come.

The reason we have vision and mission statements is to guide us as we respond to God's call to be the church. They are there to test all our decisions and actions against. They help us choose how we stewards the gifts God has given us. 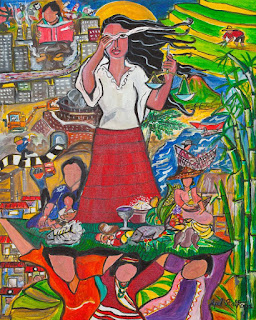 Each year the Women's Interchurch Council of Canada, in conjunction with sister agencies in other countries, produces resources for the World Day of Prayer. Each year the service is prepared by women in one country and shared around the globe. This year's service comes from the Philippines.

For more about the World Day of Prayer and the Women's Interchurch Council look here:
http://www.wicc.org/world-day-of-prayer/history-prayer/

Co-ordination of the services is generally handled by the Women's groups of the sponsoring churches. In Grande Prairie the sponsoring churches are:
St. Paul's United
St. Joseph's Roman Catholic
Forbes Presbyterian
Christ Church Anglican
Trinity Lutheran
The Salvation Army
with the service rotating between the various buildings. This year it is St. Paul's turn to host.

The Scripture Reading that has been chosen for the service this year is Matthew 20:1-16.

The topic question for the service is Am I Being Unfair to You?

Meditation Early Thoughts: It is a complaint almost every parent has heard "it's not FAIR!"

Maybe the siblings got a different number of chocolate chips in their cookie. Maybe one got something another didn't. Or maybe they got the same but one thought they deserved more than the other....

That appears to be the complaint in this story. Everyone get paid the same, whether they started work first thin in the morning or only spent the last hour of the day in the fields. On the surface it does not seem fair does it? Most often our understanding of fair compensation would say that the more you do, the more you get.

The landowner disagrees. The landowner points out that the early crew got paid exactly what had been agreed to at the beginning of the contract. If he chooses to be generous (or even overly generous) with those who joined in later in the day what of it?

It is Gospel language. It is the wisdom of God's Kingdom. It is not, in the end about being fair. It is, to be truthful, about being just. 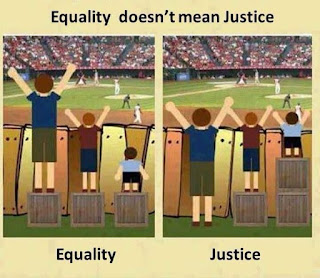 In the case of our scripture story, fair means different. The agreed upon wage for a daily labourer was what they needed to eat for that day. Are you less in need of that simply because you were not one of the first chosen? What if you showed up late to the casual labour desk?

Fair means just means needs are being met. It is parabolic logic. It goes against everything we have been taught about fair pay.

But that is what God calls us to do, to be people of justice. Are we willing to upend our understanding of "fair" to ensure all have their needs met?
--Gord
Posted by RevGord at 11:17 AM No comments:

The Sermon title is Missing the Point

Early Thoughts: Sometimes it is hard to keep track.  Sometimes things don't make a lot of sense. Sometimes we get it wrong.

These things have always been true. Even people we think really "get it" can misunderstand quite badly...

Peter, James and John. If there is a triumvirate of "Best" disciples the Gospels would suggest that this trio is right up there. Surely they, who are so close to Jesus, who get taken up to the top of the mountain and witness the Transfiguration, understand what is happening right?

Peter confesses Jesus as the Messiah. Peter will also deny even knowing Jesus.

They hear Jesus say that the path he follows (and the path he invites them to follow) is not one of glory. At one point in the Gospels James and John ask for the prime seats at the table (this happens in Mark 10, when Matthew tells the same story he has their mother asking on their behalf).

Jesus proclaims the power of God to heal, to cast out demons. John gets worried about someone else doing the same thing, seemingly worried about the competition.

Sometimes it is hard to understand what it means to follow Jesus. The disciples are ample proof of this.

WE could beat ourselves up about that. OR we could remind ourselves that even Peter, James and John sometimes missed the point too. Sometimes they were afraid to admit they did not understand. [And I fully believe there are many things they did not understand until after Easter, when they looked back on what had happened, retrospection is a gift that brings understanding at times].

So to miss the point, to have questions, to be a little unclear makes us normal.

God help us in our understanding and in our confusion.
--Gord
Posted by RevGord at 12:10 PM No comments:

Looking Forward to February 19, 2017 -- Jesus sends out the Disciples

The Sermon title is Sent Out!

Early Thoughts:Building and proclaiming the Kingdom is a big job. Too big for one person.

It appears Jesus knows this. And it also appears that Jesus is willing to delegate.

Just for the record, the sending out is still in place.

Jesus sends his followers out to share in the work of the Kingdom. And to a large degree he sends them out on faith and trust, calling them to rely on the kindness of strangers and the law of hospitality. He also tells them to pay attention to the audience, if they are not open to the message, go somewhere else.

How do we live out this challenge?

How do we go out to proclaim the Kingdom, to bring health instead of dis-ease?

Are we willing to take risks with limited resources? Or do we want to make sure we have all the ducks lined up before we take the first step out the door?

Are we prepared to share something that might be offensive to or rejected by some? Or are we stuck in the need to be "nice" (and liked)?

What does it mean to describe ourselves as being sent out in Jesus' name?
--Gord
Posted by RevGord at 12:59 PM No comments:

This Sunday we will be  celebrating the Sacrament of Communion.

The Scripture reading for this Sunday is Luke 7:18-35

The Sermon title is What Do You See?

Early Thoughts: Who are you? Are you the one we have been waiting for?

Sitting in his prison cell John has obviously been hearing reports about what Jesus is doing. So why is he confused? Why does he send people to ask Jesus who he is?

Maybe in part because John can not see in person, he is forced to rely on hearsay.

And maybe because Jesus does not quite fit the picture John was expecting. Jesus does not seem like the one who has a winnowing fork in his hand.  SO are you the Messiah?

JEsus' answer is pretty simple, if a bit non-responsive.  "Tell John what you have seen" Not a straightforward yes or no, but share what have you seen.  And then think for yourself, from what you have seen, what do you say?

Even after resurrection, the presence of God is known because people share what they have seen and heard and experienced.

SO what have you seen and heard and experienced to "prove" that God is active in the world?

When you look at the world where do you see God at work?

If people ask you to report bakc on whether God is present, how could you answer?
--Gord
Posted by RevGord at 11:30 AM No comments: