The Sermon title is Celebrate Passionately! 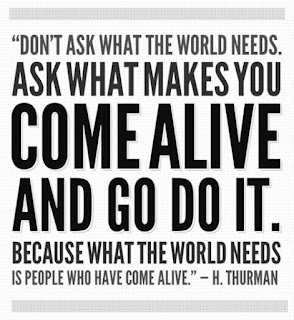 Early Thoughts:  What is your passion? What would make you lose yourself in the moment?  And, perhaps more importantly, are you able to live out your passion?

David was a person of great passion.  Sometimes his passion gets him in trouble.  But I would argue that if David was not as comfortable with his passion he would not have become the hero of Scripture that we know.

What is your passion?  Does following your passion guide your life choices?  How do you feel when doing something you are passionate about?

GOd calls us to be passionate people.  It is sometimes said that to find your own particular ministry you need to find that place where your passion and God's passion and the needs of the world all intersect.  And so God wants us to live out our passion.

Some of us (might I dare suggest especially those of us with British, Presbyterian roots?) have an uneasy relationship with passion.  To be  passionate might mean being disorderly, or out of control, or even imprudent.

So what is your passion?
--Gord
Posted by RevGord at 12:48 PM No comments:

The Sermon title is Bittersweet Victory

Early Thoughts: The King is dead!  Long live the King!

David hears that Saul and Jonathon have died in battle, leaving him to be the King of Israel.  And his reaction is, to say the least, interesting.  First he has the person who brings him the news, the person who knows Saul is dead because he slew the king, slaughtered as punishment for this crime. [Interesting historical note:  although there were various times in English history when one king deposed another there was a great reluctance to openly kill "God's anointed" in cold blood.  One of the reactions to both the beheading of Charles I in England (1649) and Louis XVI in France (1792) was horror at the impertinence of daring to strike the King, who was (in some eyes) still seen as placed and anointed by God -- not unlike the reaction of David in this story]

And then David sings a song of great lament and sorrow.  Instead of moving directly into celebration (although he will get there eventually) David takes the news with sorrow over the death of his monarch (albeit a monarch with whom he has, at best, a troubled relationship) and a very close friend (who was in fact the heir presumptive).  It is one of those points in his story where we are reminded of the very real humanity and complexity of David.  He is not simply a warrior, or a proud kingly man.  He is also a friend, a poet, and one who loves greatly.

And what does that have to tell us here and now?  What does that tell us about victory in the battles of life?  To me it suggests that victory is often bittersweet.  Victory for one comes at a cost for another.  30 years ago I remember watching Family Ties and in one episode the staunchly Republican Alex asks his former hippie parents if there was a time of lament in their social circle when Nixon was brought down by the Watergate scandal.  Apparently not.  But maybe there should be.  Maybe we should be ready to pause in the midst of our victory celebrations and ask what the cost of victory is?  Maybe when we can do that we can remember that those who oppose us are people, not caricatures.  And maybe that will help us to oppose with respect and love.  And that would be a very good thing.
--Gord
Posted by RevGord at 11:27 AM No comments: